Adrianna Sekula joins PureCycle as chief of staff to CEO 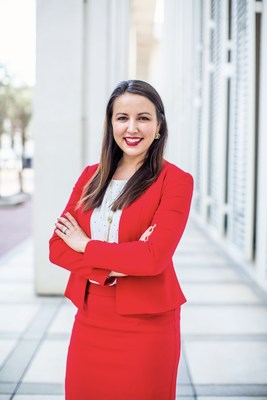 "Adrianna is a public affairs powerhouse," said Otworth. "Her personal drive, passion, and established track record in government relations will be key in guiding us through our rapid growth into domestic and global markets."

Before joining PureCycle, Sekula managed and influenced local government relations in Central Florida for Walt Disney World. Prior to that, she served as the government affairs director at the Greater Orlando Builders Association where she focused on local land use, development, and residential construction. Sekula also served as the associate director of government affairs at PACE Center for Girls, Inc., working to ensure funding and smart policy in the fields of education and juvenile justice and has managed a successful Florida House campaign. Sekula is the current board chair of the Kissimmee Osceola County Chamber of Commerce, a PACE Center for Girls board member, and an active member of the Florida Executive Women of Central Florida.

Sekula holds a bachelor's degree in international affairs from Florida State University and is a graduate of Leadership Tallahassee and Leadership Orlando. In 2017, she was named a "Women Who Means Business" by the Orlando Business Journal.

"I'm thrilled to join PureCycle and am eager to contribute to the success of this revolutionary company that is reinventing plastics recycling," Sekula said.